The IAU Athletes of the Year 2016 have been announced.
It is with great pleasure we announce that Maria Jannson (SWE) and  Yamauchi Hideaki (JPN) have been voted as the IAU Athletes of the Year 2016
Did we have last year one of the most exciting ATY-elections ever, this year’s edition was the other way around. Both winners gained more than double the number of votes of the second in the ranking, no surprise as their performances were really extraordinary. Both are born in 1985 and showed an enormous progress during the last years.

Yamauchi Hideaki (JPN) was the previous year’s nothing more than an average Japanese sub-top ultrarunner, specialised in running 6H events. Did he ran in one of his first ultraraces 235.280km/24H (2011) then he started to focus more in running 6H races. Until 2015 he never passed the 85km but this changed extremely when he became second in the famous River Shimanto 100K in June 2016, followed by a strong 6H result in September (88.230km). During the IAU World Championships he impressed by running an astonishing last 10km to become the IAU World Champion 100K 2016

Percentage of votes were as follows:

Congratulations again to the winners and all the nominees!
A truly outstanding performance by all. 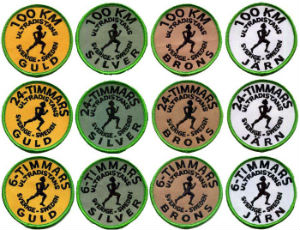